Following our successful project to restore the graves of famous railway locomotive engineer, Patrick Stirling and two of his sons, we have launched another appeal for support.

William Henry Pickering and his wife, Alice Mabel, were both very prominent Doncaster residents in the early 20th century. William was His Majesty’s Chief Inspector of Mines and was killed in the Cadeby pit disaster of July 1912. His widow went on to carry out a wide range of public service duties, including running the Arnold Auxiliary Hospital, where soldiers who were injured in the Great War recuperated.

We have recently established contact with the Pickerings’ great great grandson, who is keen to support the proposed grave restoration work.

Please see below for details of how you can donate to this project, recognising two of Doncaster’s most selfless servants of last century. 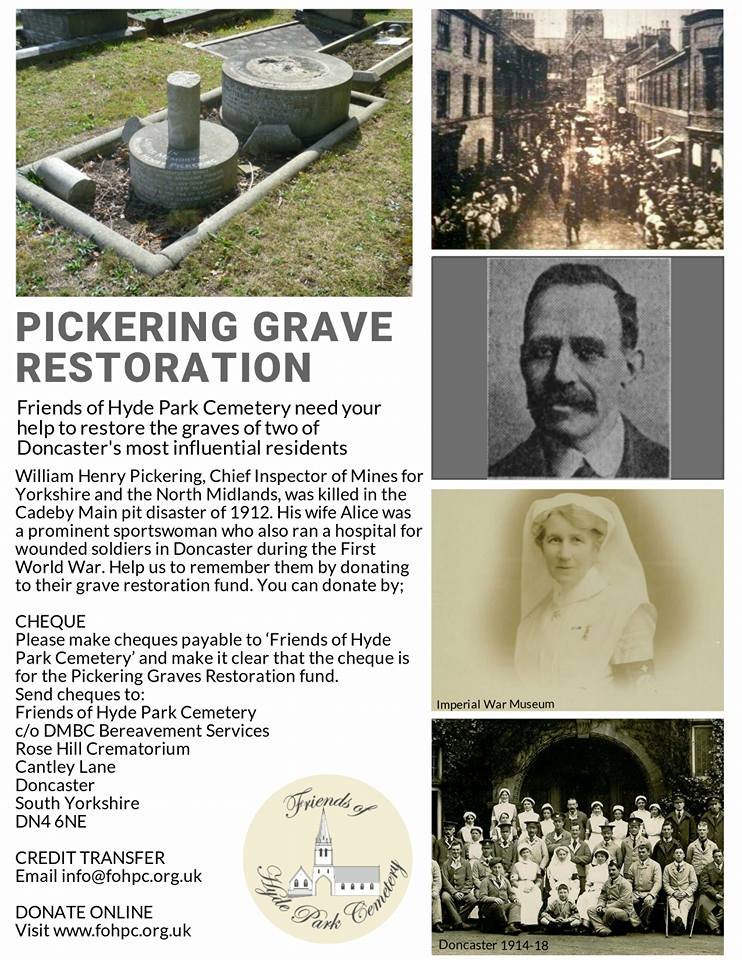