We are pleased to be able to report that, following representations to Doncaster Council, a key section of footpath in the cemetery has been reinstated, after previously being removed, soiled and seeded. The section of path in question was part of the perimeter path, in the south west corner of the site. The Friends considered it to be vital, as it formed part of the most heavily used route within the cemetery. It was also a key element of both the Heritage Circuit and the Tree Trail. We are grateful to Doncaster Council for reconsidering the situation and reinstating it.

The current arrangement of paths can be seen on the latest plan at this link. 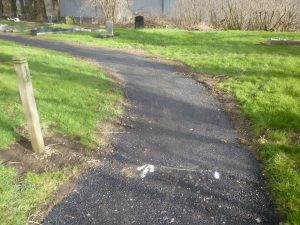 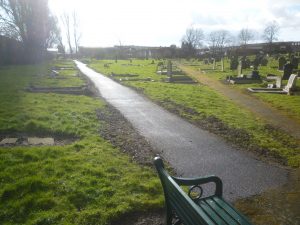