Charles was a Liberal MP for Doncaster for over a decade until his sudden death from pneumonia in 1918. The local press reported on his death and wrote ‘It was doubtful whether anyone could have represented the life of the town and neighbourhood for the last 13 years as well as Sir Charles has done..’

Charles was a supporter of women’s suffrage and worked tirelessly for the rights of disabled ex-soldiers during and after the First World War. On the day of his funeral, Doncaster businesses closed for two hours to allow the townspeople to attend.

The grave had fallen into disrepair. The cross was broken in two pieces and had been detached from its base. 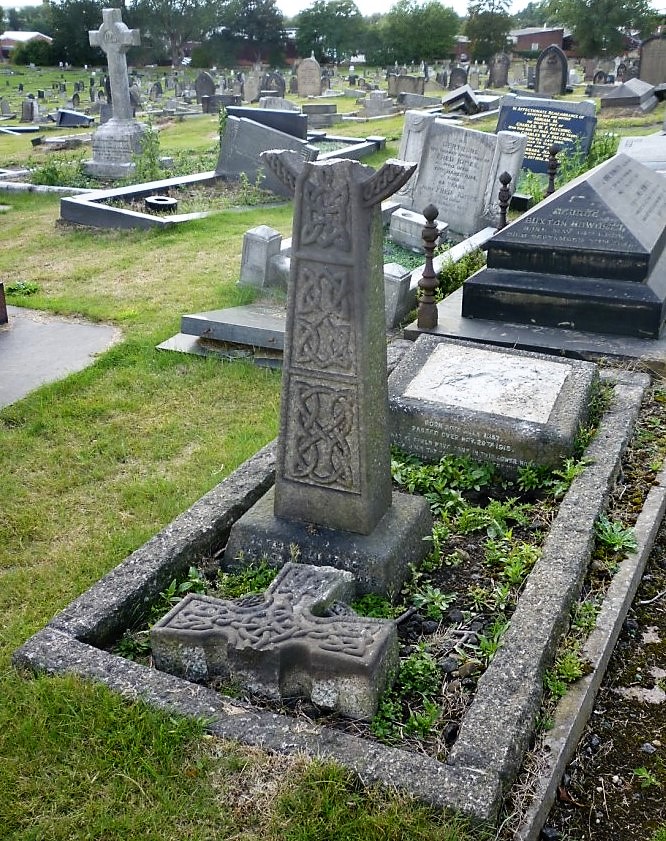 In May 2018 we launched a public appeal to coincide with the first of our guided walks of the year. Our visitors were very generous but a real breakthrough came when the committee tracked down the living family of Sir Charles. They agreed to fund the rest of the restoration and work commenced.

In February 2019 we welcomed the family member to the cemetery to visit Charles’ grave and find out more about our activities. Our secretary Helen treated him to a tour of some of Doncaster’s interesting historical buildings. The photo shows Charles and our secretary Helen at Charles Norris Nicholson’s grave. 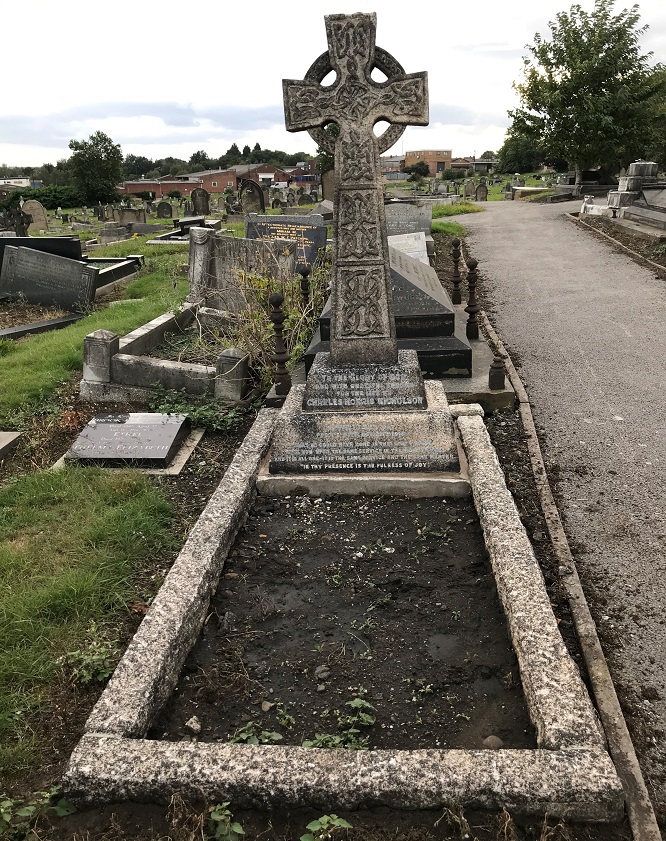 Nicholson grave before and after!